Although more commonly known for its vast oil and gas reserves, Norway is one of the most advanced markets in terms of electrification. In fact, in June 2021, 85% of new cars sold in Norway were plug-in electrics (versus less than 4% in the US). Wow!

While great for the environment and a harbinger of our global future, it’s easy to imagine the stress this creates on the electrical grid in Norway. What happens at 5 pm when everyone goes home from work? They all plug in their cars to charge. And on weekends, a large percentage of the population takes a lengthy drive to their second house in the countryside and immediately begins to charge up for the drive back. Not being able to charge their cars – let alone power everything else electricity enables in modern society – is not an option.

Since 1995, Hallingdal Kraftnett, also known as HKN, has been evolving to address these needs as one of Norway’s leading electricity distribution companies, bridging the gap between suppliers and consumers. “Most of the time, you don’t notice the infrastructure is there,” said Audun Grynning, CEO of HKN, when I spoke with him recently. “But when it’s gone, it’s a big, big problem. Stability and availability of the power grid have become fundamental to everything we do.”

As the complexity of our grids increases, so do our demands for reliability. “It used to be that 99.5% uptime was enough, but now we need 99.999% – we need to go from high to ultra-high availability,” Audun continued. To make it worse, “systems have historically been very siloed. We need to be able to pull data out and have it available to diverse applications to solve multiple problems proactively – but it just hasn’t happened.”

And the pain is enormous. As Audun stated, “the penalties levied by governments for system downtime could easily equal an electricity company’s profitability for the year! And this doesn’t even account for the huge cost of ongoing, time-based maintenance that may not accurately reflect the true state of the equipment.”

Enter Pratexo. Earlier this year, Pratexo began working to bring distributed computing on the ‘electricity grid edge’ to HKN, starting with putting intelligent computing ‘nodes’, based on Intel® processors, running Pratexo software at HKN transformer stations. Each node can process a massive amount of data streaming off the transformer – most of it currently being wasted as it can’t possibly be all sent to a central cloud for analysis in real time (even if it was possible to be continuously connected to the public internet, which regulations do not allow). This data allows predictions about each transformer’s performance and future reliability and, ultimately, the system as a whole.

But why Pratexo? “I haven’t seen another vendor that could pull all this together,” said Audun. “It’s quite groundbreaking to have an open platform that makes it possible to layer on niche applications that solve specific problems and then expand as you go along—especially problems related to system resiliency and reliability. Pratexo becomes the common edge computing infrastructure that we can build on. Sort of like an innovation platform.”

It’s no coincidence that we call Pratexo an ‘intelligent edge innovation platform’ today – thank you, Audun, for planting that idea in my mind!

But what about this notion of ‘intelligence?’ After all, data can’t make predictions alone – only when algorithms are applied to the data streams can you truly understand what is going on and predict what will happen in the future.

To that end, Pratexo is proud to officially announce its partnership with Coral – a platform from Google for local AI. By ‘local AI,’ Coral means applying artificial intelligence – particularly machine learning – near where the data is generated, often processing the data right on the machine itself.

Pratexo has placed the tiny Coral M.2 machine learning accelerator into each of the HKN edge nodes. These boards feature a Coral Edge TPU™ (Tensor Processing Unit) developed by Google, which can execute machine learning models nearly a hundred times faster than a typical embedded CPU. As Petter Graff, Pratexo’s CTO, recently said, “the performance of these chips is truly astounding – mind-blowing!” 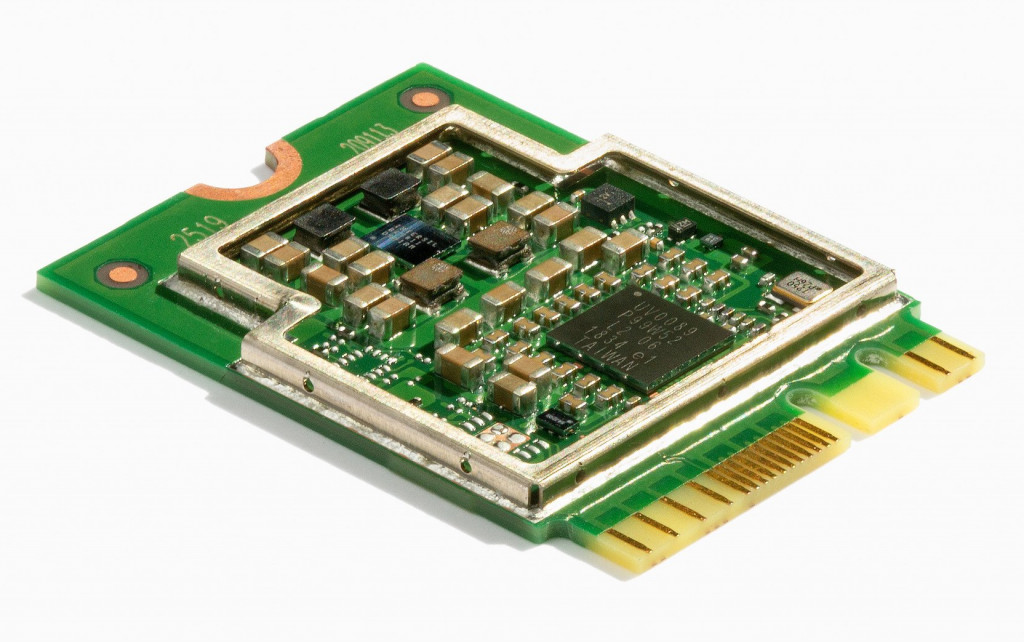 In addition, Pratexo also recently announced a partnership with Intel® as part of its Partner Alliance program and also the support of Intel OpenVINO AI toolkit and inferencing engine.

As a result, an initial application running on Pratexo takes continuous readings of the sound each transformer is making and then runs that sound through machine learning models to predict if a transformer will have an issue – long before the electricity it transforms is disrupted.

Using sound as a data feed may sound strange, but the sound a transformer makes has long been used as a critical indicator by experienced service technicians of an impending problem. Of course, those technicians can’t be everywhere at once, listening to all the transformers. But Coral chips running with Pratexo can!

This project is just Phase One. Later applications hosted on the Pratexo Platform for HKN will analyze other data streams from the transformer – data already being collected to train future machine learning models. In the longer run, “the huge potential is to improve how we optimize grid operations, using a microgrid operated via a local micro cloud run by Pratexo,” declared Audun.

Pratexo and Coral can’t wait to take this project to the next level and extend it to electrical grid operators worldwide. “A fundamental goal of the Coral initiative is to strengthen society, improve the environment, and enrich lives,” noted Billy Rutledge, Director of the Coral Platform at Google AI. “We appreciate the opportunity to work with Pratexo on this and look forward to many more innovative projects together in the future.”

On behalf of Pratexo, we certainly do as well!