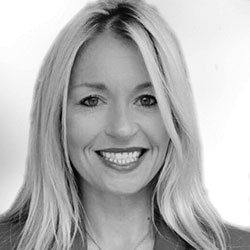 Categories: Board of Directors

Brynne Kennedy is Founding Partner at BCP Blitz, the Smart Society Venture Capital Fund that invests across the US and Europe.  Kennedy led BCP’s investment in Pratexo and represents the BCP on Pratexo’s Board of Directors.  Kennedy currently sits on the Boards of five technology companies operating across food/agtech, sustainability and wellness.  Prior to founding BCP, Kennedy ran for United States Congress and founded enterprise software company, Topia, which she led as CEO from an idea to global scale.  Kennedy has won numerous awards for her entrepreneurial leadership including “Entrepreneur of the Year” in the Women in IT Awards, CloudNOW Awards, Stevie Awards and Women of the Future Awards.  She is also the recipient of London Business School’s Distinguished Alumna Award. Kennedy holds a B.A. from Yale University and an MBA from London Business School.  Growing up, she was a national gymnast in the United States.