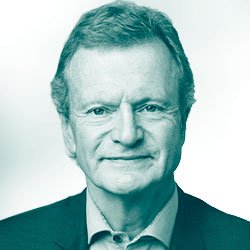 Mr. Baksaas has had a long and highly successful career as a senior executive and board member in numerous multinational corporations. From 2002 to 2015 he was the President and Chief Executive Officer at Telenor ASA. During this time he was also Chair of the GSM Association. In 2015, Mr. Baksaas was named by Harvard Business Review as #7 on the list of top 25 Best-Performing CEOs in the World.

Since retiring from Telenor, Mr. Baksaas is now Chairman of the Board at Statnett SA (transmission systems operator in Norway); Chairman of the Board at DNV (global classification society); Board Member at Ericsson; and Board Member at Svenska Handelsbanken. He has a Master of Science in Economics from the NHH Norwegian School of Economics and Business Administration.